Hear No, Speak No, See No Anything.....And Then - Perspective 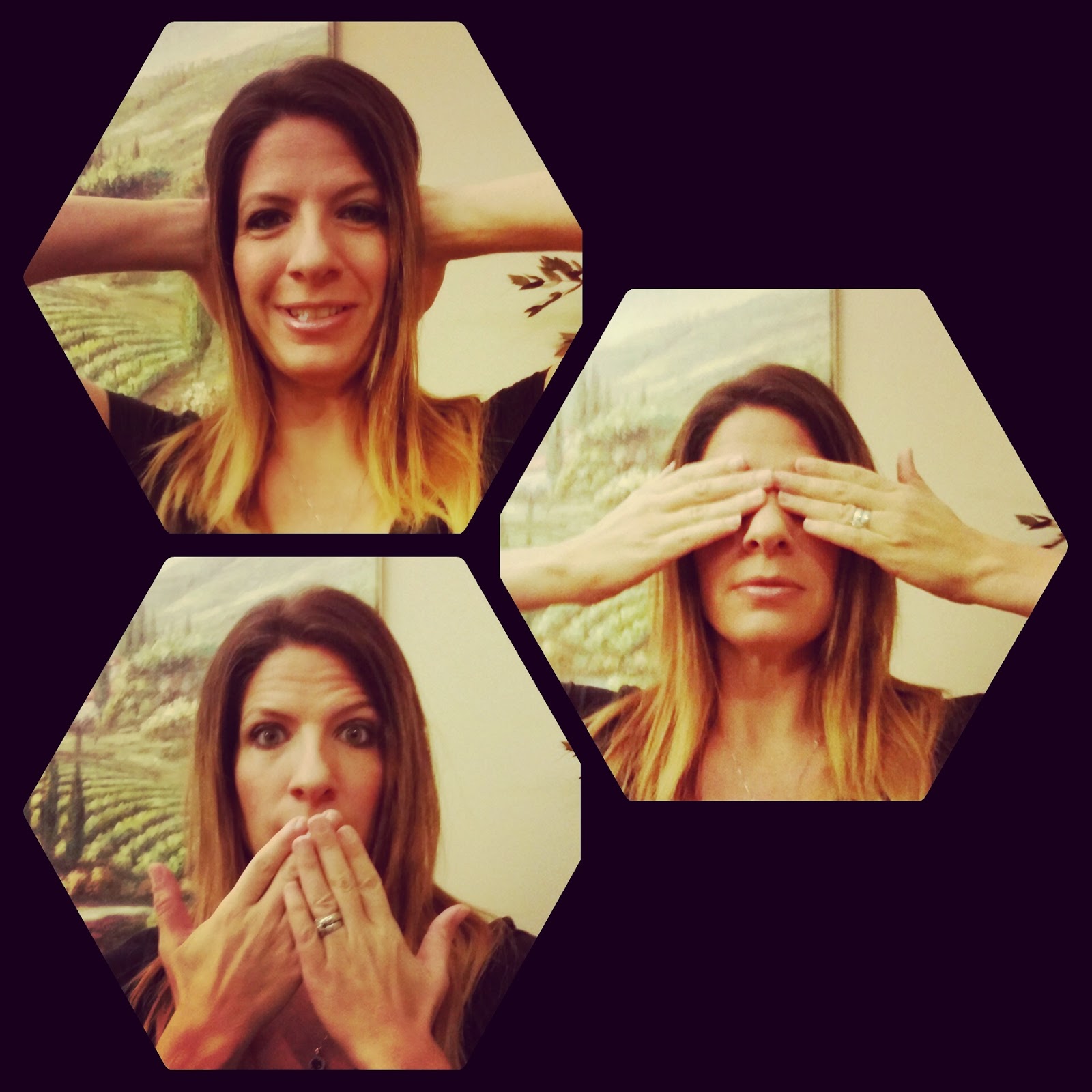 Hear no, Speak no, See no anything....and then, perspective.

A couple of weeks ago I lost my voice.

Those of you that know me personally are probably laughing if not guffawing at the thought of me being silenced.  I don't have to self reflect to know fully that I am not a natural born listener.  All through school my only complaint from countless teachers when I was in class, - "She talks to much."

You would think that upon the loss of my hearing the listening would have actually improved due to the extra detail and attention I must pay to a conversation but alas that simply is not the case. I do listen but, as you are talking I am already formulating my response or story that I am going to tell in relation to the topic that we are talking about. This, coupled with my hearing loss probably makes me about the worst listener ever.  I have to say that my husband and oldest son would back me up on this and I don't blame them.

Truly, it isn't intentional but rather reflexive.  Even still, it's a fault.  One that can be, with great effort, changed.  The trick is figuring out how to slow down my thought process in order to hang with a conversation in the present and not the future.

I thought losing my hearing was a hurdle.

Not being able to talk was a major road block.

Then, born out of the murky water of self doubt a bit of clarity made way for the "under construction me" to emerge.  Perspective.

Chatting freaking Cathy still voiceless after four days was brought to a halt with nowhere to hide. Perspective.

Listening with no rebuttal on the tip of my mind or coincidental story waiting to be spoken. Perspective.

You see, I have been on this self changing journey for the last 5 years or more and its central reoccurring theme has been with the word perspective.

As a child of the 80's labels, name brands and pretty much being cool were the only thing that mattered in life.  Judging was the easiest pastime and my friends and I were the best at it. Empathy, back story or reasoning were silenced by back stabbing laughter.  My young writer's mind was more interested in constructing shallow paper cut outs of people that carried no weight or depth than using my intuition to learn more.  Judge or be judged was the fear that fueled our constant commentary.

A few years ago on and old blog I wrote a post about envy.

And let me take a minute here to plug that blog - I'll Shut Up Now, Thanks  I poured my heart into it and the writing is good.  If you have time, each post is worth a read.  I overcame a lot of fear and was able to write honestly by keeping it anonymous but I am so very proud of it now - there is no shame.

Here is the link just to the post on envy.

I still believe we were built and designed as seekers.  I envied their simple life and viewed mine no matter how blessed as too complicated.  From that day on life, people and my journey changed.

I had no idea that this was the start of the new path my life would start to take.  That everything was working in perfect accord to prepare me for the moments of the future, to include this very one.  To help me find contentment in the chaos.

You see, without a voice I felt like no one noticed me.  I simply sat and listened wishing that I could comment but knowing it was impossible.   And so it was that conversations went on around me and the picture of their words were bright colors of streaming light passing around me in every direction.  Only some of them were loud enough for me to hear and so the others would have to be content to drift off in the air as I would never know what was said.

I purposely didn't strain my brain during this time to hear everything when the talk was around me and not at me.  Instead I focused more on my kids and what they were doing. I observed like my one year old daughter who also doesn't say a word.

This position was frightfully enlightening.  Because while my voice would most assuredly return in a few days, my hearing would not.  And if it continued on a the path that would lead me into silence.... what would happen to my voice?   Perspective.